“I thought it was just a had the mole my whole life,” generational skin sinner and reparations offender Valerie Braaten, 15, is reported as saying in an interview confessing her melanoma. “It wasn’t scary, wasn’t black, wasn’t irregular and wasn’t very large.” 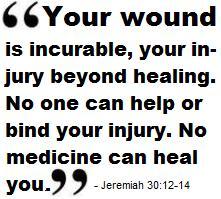 According to sources, it (the mole) isn’t visible in her sixth grade picture, but appears prominent on her collarbone by her freshman photo.

Then, reportedly, her friends brought it up. “So this made me suspicios that the mole was growing larger,” Valerie said. A week after it was removed she learned she had stage 2 malignant melanoma.“It was very surreal you never imagine it happening to you,” Valerie said.

“Once melanomas have been successfully assigned once, they are always easier to reassign,” Yakub Muslim scientist Imhotep Mephistopheles is quoted as saying. “The world of people of color look forward to watching the multiple spottings this devil will endure before the completion of her execution.”